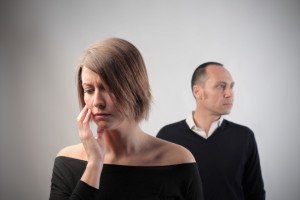 Recovering from an affair is one of the hardest relationship traumas that couples bring to my office.

Apology after affair is DIFFICULT!

Words cannot describe the type of pain, hurt, betrayal, and anger that the injured partners go through. Because of the immense pain that an affair can cause, “an ‘any’ apology” won’t do it—there has to be a STELLAR APOLOGY!

Sue Johnson in her book, Hold Me Tight wrote that “there is no greater trauma than to be wounded by the very person we count on to support and protect us. That is a violation of human connection, and it often leads the injured partner to ‘Never Again’ moments”—never again will I trust and count on you!

Without professional help, couples try to deal with these relationship traumas in various ways.

Some couples will try to ignore what happened, stuff it, and move away from it. They want to forget. However, forgetting is not an answer. Why? Because even if the affair happened ten years ago, it can come up in present fights. The argument may start with unfinished home project, but it may end with “I cannot believe you cheated on me!”

In other relationships, injuring partners will take a full responsibility over their bad choices, and they will apologize, but somehow these apologizes fall flat. Healing doesn’t happen, and what I hear over and over again is, “But I apologized hundreds of times…what else do you want from me?!” or “It happened ten years ago! You should be over it by now!” or “I haven’t done anything since that one slip-up!”

Couples end up feeling stuck because whether or not they apologize, it doesn’t seem to matter. They are hurting and feeling disconnected.

What is STELLAR APOLOGY after affair?

Stellar Apology is when the injured partners are allowed to talk about their pain (in a non attacking type of way!), and the injuring partners genuinely allow that expression without trying to deflect, defend, or minimize that pain. This is not easy to do! One of the reasons behind why it is so hard to allow that expression of pain is because:

“Guilty” partners struggle hearing all the anguish and pain they caused to their spouses.

What often happens is that the “guilty” partners collapse into their self-blame, shame, or guilt—they are unable to stay emotionally present for the pain of their injured partners. On the outside, that collapsing into shame, for example, can look as defensiveness and making excuses.

“Guilty” partners! Your spouses will not recover from your affair and start trusting you again until they SEE and also FEEL your pain that has to do with hurting them.

Remember, only from that deep, emotional understanding of their pain can you offer a true apology.

Now, if the “guilty” partners think that they can apologize “the right way” this one time and then expect their spouses to move on, they are wrong. Sorry!

The truth is, there will be things that remind both of you of your relationship trauma—the affair. You may drive by the hotel where you caught your husband with another woman, or you may watch a movie with the infidelity theme.

Those reminders will trigger the very same emotions. And when that happens, the “guilty” partners must be ready to “go down the emotional elevator again” so they can meet their spouse’s pain with their pain of hurting them.

That process will repeat itself until the pain gets less and less and the injured partner doesn’t have to process it as much anymore. We also have to remember that the “guilty partners” will also be reminded of the affair, and they can get swamped by their shame.

If they can talk about their shame along with being emotionally present for their injured spouse’s pain, they are on the right way to recover from the affair.

Recovery from an affair is definitely not easy; however, I have seen couples not only recover from it but also grow from it.

If you would like to learn more about relationships, recovering from affairs, and building a stronger marriage you can read “Hold Me Tight” or “Love Sense” by Dr. Sue Johnson.