Facing Rocky Moments in Your Relationship 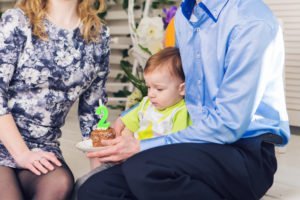 Facing rocky moments in your relationship is never easy. These are the moments that I got to witness last weekend, when I was at my friends’ party. They were throwing a birthday party for their toddler that included 10 children and over 25 adults. That type of a party comes with its own challenges.

Mom was running around as if she was a headless chicken, and Dad opened his beer, getting into a fun conversation with his friends. Then, she gave him “THE LOOK” while serving a plate of appetizers, and managing a temper tantrum from her toddler! He lost his smile and conversation flow within seconds, and he put the beer down.

At that point, I am thinking to myself… “Oh boy! These are my dear friends. I sure hope that they can get through this one okay!”

He walked up to her, and she said, “I did it again, didn’t I? I gave you the death look… I could tell since your face changed! I’m about to lose it here, and blame you for it all.” He said “Yup, and I was about to get all upset with you, and tell you that you are putting it all on yourself (and me) with throwing such a big party, for a 3 year old.” They both said: “I guess we have to rewind, and start all over again, hmmm?”

In the moment of conflict and disconnection, they were able to disarm the tension within less than 3 minutes! Now, that is impressive and worth writing about! What made it possible for them to do that?

Here is what Sue Johnson—the author of “Hold Me Tight”—has to say about facing the rocky moments; she explained that people who feel secure with their partner find it easier to do this. “They can stand back and reflect on the process between them, and they can also own their part in that process. They can have differences, and rub each other’s trigger points yet not slide into anxious demand or numbing withdrawal.”

THEY CAN DEAL BETTER WITH THE DISORIENTING AMBIGUITY THAT THEIR LOVED ONE, WHO IS THE SOLUTION TO FEAR, CAN ALSO SUDDENLY BECOME A SOURCE OF FEAR. In other words, they can hold on to their emotional balance a lot more often and a lot more easily. That creates a platform for repairing rifts in their relationship and creating a loving connection.

What we know about distressed couples is that they don’t feel safe enough with each other to have this type of interaction. In fact, similar interaction can quickly turn into a snappy exchange, an explosive fight after the party, or even resentment. These couples are caught in emotional chaos, and they are seeing each other as threats, as enemies! These are also the couples that I see at Vibrant Couples & Family Counseling.

Here is a reminder of steps that might be helpful for couples to practice at moments like these (taken from Sue’s book):

What is remarkable is that they were able to, as Sue said, “stop a rift before it widened into an unbridgeable abyss.”